Circus entertainment in the Victorian period often featured ‘hippodramas,’ spectacular horse-based dramas full of action, colour and several hundred performers. The ‘Mazeppa; or the Wild Horse of Tartary’ was one such drama, popularised by a narrative poem by Byron in 1819. The story is that the young Ukrainian, Ivan Mazeppa, whilst serving as a page at the Court of King John Casimar has an affair with a married Countess. As punishment her husband orders Mazeppa to be stripped naked and bound to a wild horse. He then sets the horse free to roam through an inhospitable landscape, testing the endurance of the hero. In a circus setting, this was a cue for the performer to parade the ring wearing a flesh-coloured body-stocking known as ‘fleshings’; to climb raked wooden platforms chased by packs of puppet wolves and vultures; and to exhibit some equestrian gymnastics along the way. A production had been staged at Astley’s Amphitheatre on Westminster Bridge Road in the 1830s, with the lead role played by a male equestrian, but it was in New York in 1861 that a canny showman by the name of Captain John B Smith had the bright idea to have a woman play the Mazeppa. And that role went to Adah Isaacs Menken, a small-time actress who in her pink fleshings and Grecian-style tunic created a frenzy. 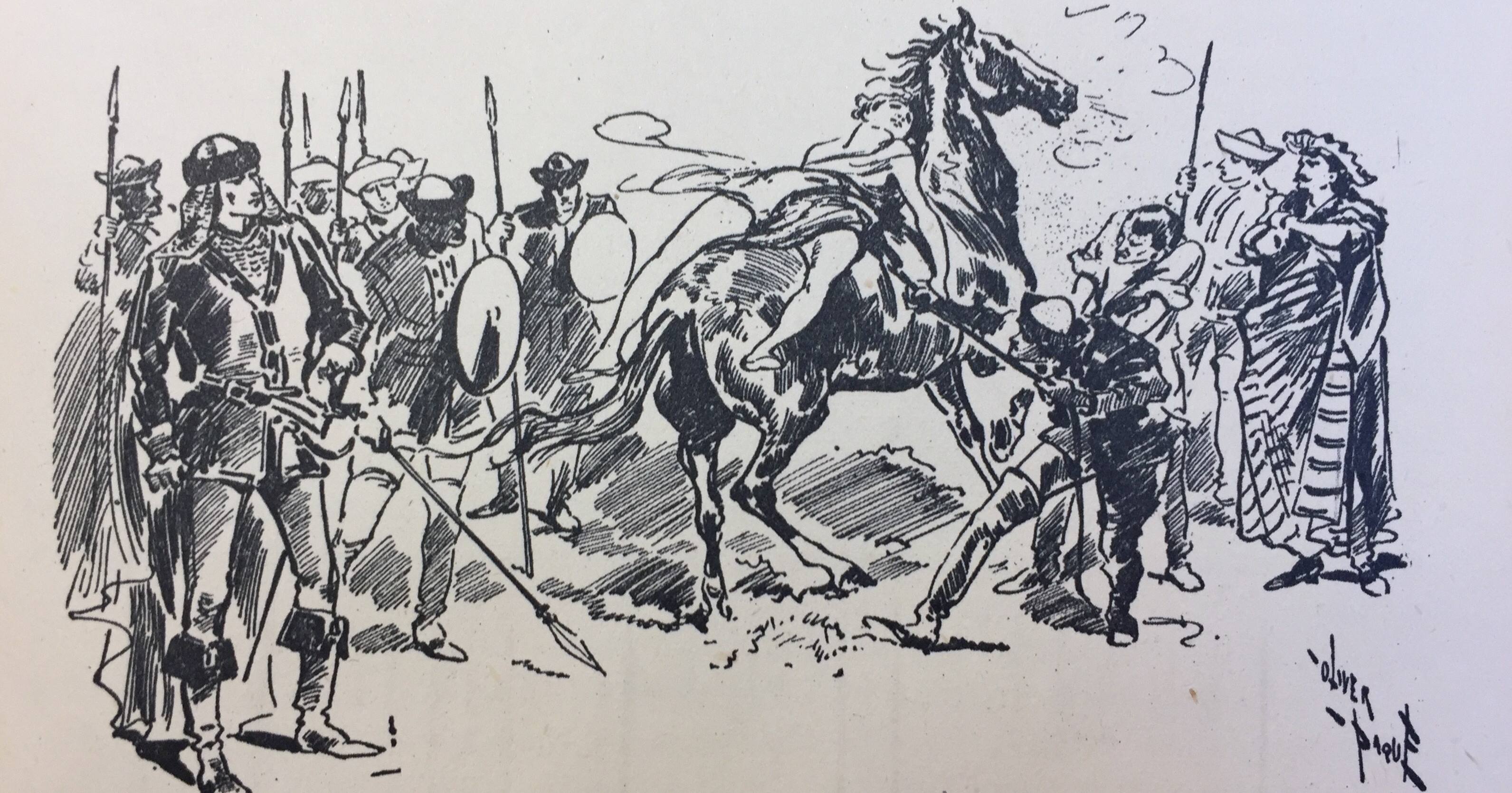 ‘Menken’ charmed and scandalised audiences in New York, San Francisco, Paris and Vienna and was famous enough to warrant a one-word name, a Cher or Madonna of her day.  In 1864, the Mazeppa was revived at Astley’s with Menken in the title role, with her costume causing a frisson across all strata of London society.  However, Menken’s reign was short-lived. She died in Paris in August 1868 at the youthful age of 33, possibly from cancer. Within four months of her demise, there was another Mazeppa on the scene – my great-great grandmother, Mary Ann.  During her lifetime Menken had many imitators, but once she had passed away there was no shortage of performers and theatre and circus managers waiting to capitalise on the popularity of this role. Mary Ann didn’t waste much time, billing herself as ‘Miss Ada Isaacs’. Mary Ann’s bold choice of name displays a remarkable flair for expediency and what would be called ‘passing off’ these days. Why at this point in my research did the Stephen Sondheim lyrics to ‘You Gotta Get a Gimmick’ from the musical Gypsy pop into my head? – ‘Once I was a schlepper, now I’m Miss Mazeppa’?

The first reference I have found to Mary Ann as the Mazeppa is at Ginnett’s Great French Circus in Dublin in December 1868. This was only a couple of months after her marriage to rope walker Herr Christoff and six months before her second marriage to Monsieur Fabian.  For 6d. in the Gallery, ‘The Beautiful Ada Isaacs as Mazeppa’ could be seen, ‘every evening at 7pm’. She was still in Dublin in January 1869 when a rival attraction was none other than Charles Dickens, who was at the Rotunda for three nights on his farewell reading tour.  Dickens had been a one-time friend of Menken during her first London appearance at Astley’s.

Thereafter Mary Ann played the Mazeppa at all of the well-known circus spots – Cooke’s, Henry & Adams’, Newsome’s, Harry Clifton’s, Sinclaire & Croueste’s, Batty’s, Pinder’s and Pablo’s (Fanque), traversing the United Kingdom in the process.  Her performances were well-received with theatrical newspaper The Era commenting;

‘Miss Ada Isaacs looks well in the character of the Mazeppa which is effectively acted’;

‘In the spectacle of Mazeppa, Miss Ada Isaacs personates that character, and displays considerable daring on horseback.’

Throughout the early 1870s Mary Ann would appear on the circus bill as the Mazeppa one week and alternate the role with that of ‘the female jester.’ In the same way that Mary Ann had launched herself as ‘Miss Ada Isaacs the Mazeppa’ a short time later at Powell and Clarke’s circus in Birmingham she launched herself as ‘Ada Isaacs – the celebrated American female clown and jester.’ She had been developing this role since her appearances alongside Herr Christoff as his Court page and jester. By the end of 1869 she was adding ‘Shakespearian jester’ to her billing. Mary Ann certainly knew how to play the publicity game. The bill matter that accompanied her clown role frequently referred to ‘women’s rights’:

“Women’s Rights ought to find an able exponent in a debutant at a Birmingham Circus, who claims to be Miss Ada Isaacs, the celebrated American female clown and jester.” Gravesend Reporter, 13 March 1869.

“Miss Ada Isaacs, who could certainly demonstrate to perfection the right of women to a voice in the affairs of the nation…”  The Leeds Times, 12 March 1870.

It would be so wonderful to time travel to see that performance. Did ‘women’s rights’ as explored by Mary Ann bear any relation to the movement we now associate with that term? Was it a philosophical turn? A plea for women’s suffrage? A slapstick routine? Was she the Bridget Christie of her day? The London & Provincial Entr’acte reviewed her in April 1871;

“Miss Ada Isaacs the female jester and vocalist, pleases the audience immensely; her jokes and indeed, all her sayings are amusing without descending to vulgarity, and is deservedly appreciated…”

At the Phoenix Music Hall in Dover in 1874, she “causes hearty laughter by her witty sayings.’’

Mary Ann was usually accompanied on the bill by Monsieur Fabian, the ‘elastic contortionist’ she had married bigamously in Leicester in June 1869. Here is a studio photograph from my family collection of the two of them, taken in Stockton on Tees:

She looks younger in this image than that I featured in my previous blog. Her heavy velvet dress with deep peplum, large cuffs and small hat trimmed with feathers reflect the fashions of the late 1860s or early 1870s, suggesting this was taken early in their acquaintance. Fabian is wearing an oversized overcoat, small bow-tie and clutching a gleaming top hat – these were probably their best non-performing clothes.

Until 1874, Mary Ann and Fabian regularly appear on the bill together. After that date, the references to them together in the same circus troupe drop off. Mary Ann spends time going it alone and in this period joins a troupe of clown cricketers. The marriage to Fabian was undeniably over by 1875 – he married circus equilibrist Charlotte Gilleno in that year. The administrative matter of a divorce did not trouble Fabian, in the same way Mary Ann had bigamously jumped from one husband to another.  And in the later part of 1876 she is most definitely missing from British newspapers where her appearances were advertised. In October of that year, she pops up in New York City where she publicises her arrival and ‘respectfully announces to managers that she has already illustrated the hero of Byron’s great poem 679 consecutive times in England, France and Germany, and may be addressed through her business manager, Mr Charles Thornton, 243 Duffield Street, Brooklyn.’  She is erroneously labelled a sister of the late Menken by the American press and on one occasion has to deny she is Menken herself. All great publicity and one can’t help but wonder whether the source of the misinformation was Mary Ann herself.

Thereafter, Mary Ann is mostly in America, with occasional sorties back to the United Kingdom. Fabian may well have thought he had seen the last of Mary Ann. It is unlikely he could have predicted the detrimental role she was to play in his future when she arrived back in England in October 1884, publicity-hungry for her new ‘Buffalo Belle’ equestrian drama.

Fabian’s second wife was Charlotte Gilleno (1848-1928) born into a circus family. In her youth she performed as Mademoiselle Carlotta, the ‘Female Blondin’, a rope walker. Subsequently formed a partnership with Miss Ellen Born as ‘Carlotta and Boorn’, equilibrists.

Illustrator Oliver Paque was the pseudonym of WH Pike (1846-1908), a regular contributor to The Sketch and the Daily Graphic journals.

2018 is the UK-wide anniversary of the birth of modern circus in England by Philip Astley. There are a number of UK-wide events under the banner of #Circus250 – see here for details:

Thank you to the British Newspaper Archive and the Sheffield University Fair and Circus Archive.